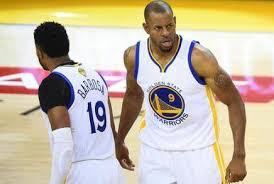 Barbossa joked: "He lied to me. He said he would retire after his contract with the Warriors expired, but he signed a two-year contract with the Heat. I sent him a text message saying, "Brother, don't do anything else." The team stole money, please, you have to retire'."

Barbossa added: "It's nice to see him play. I hope the Heat reach the finals and beat the Lakers."